Listen, watch, feal and fear, said Peter Brook: listen to the female Donna Giovanna. She of course is Spanish, a Donna Juanna like the 1003 lovers of Don Giovanni. Her name is Carmen.

Take care, said Peter Brook in 1981, when he staged La Tragédie de Carmen at the Bouffes du Nord in Paris. Take care, Carmen wants to seduce you – and Theatre might change your life. 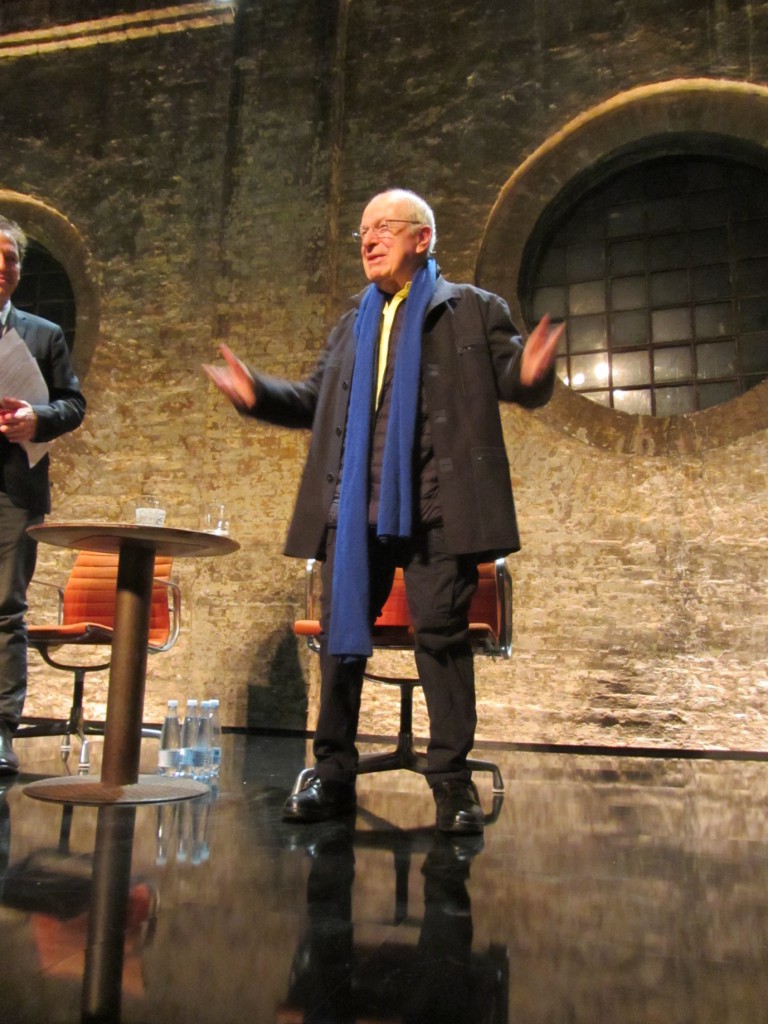 I was a young student in Paris 1981. I fell in love with Theatre, with Carmen, with Michaëla, with Don José, Peter Brook and the kind of Theatre which not only tells you to take care right now, but also shows you that inside Carmen there is a Michaëla and vice-versa.

In Danish we have this expression for the kind of woman that is Michaëla: “A word of God from the countryside”.

That night at Les Bouffes du Nord Peter Brook made us understand that inside every word of God from the countryside there is a Spanish man-eater who wants to seduce, and that’s theatre, and that’s life: One person, many roles.

Don José and Escamillo are one and the same person, and All the World’s a stage at Les Bouffes du Nord.

Every man carries inside him the possibilities of all mankind, says Montaigne: “Tout homme porte en soi la forme entière de l’humaine condition”. That was long before we all began talking about diversity and inclusion, but that was what he ment: Every woman, every man has a right to be different, to be herself or himself, but also to be many persons in one.

A right – and maybe even a duty: We must assume the diversity of our identity, sais Amin Maalouf in his wonderful essay on murderous identities. Every woman, every man must be many men and woman, if you insist on being only one, your identity becomes murderous. Or ‘deadly’ – to use the term you use, Peter Brook, in your written masterpiece, the essay about the empty space. Deadly theatre is the theatre to avoid.

You, Peter Brook, have travelled the world with Mahabharata, the wonderful and diverse Indian Poem which you have made world heritage also on stage and on tv. You have travelled The Middle East and Africa with your International Centre for Theatre Research, you have even come to Denmark with the Mahabharata and the Tragédie de Carmen. Yoy are a traveler.

I don’t know why you have been so generous to Denmark, this little state on the outskirts of Europe where in fact something is rotten. You directed your famous film, King Lear, up in Skagen back in 1970 and when it was released in 1971 some critics complained about the bleak nature of the setting. Well, we Danes live with that kind of nature all year round.

Many years later, you came to the Gaz Cylinder in Copenhagen, The Østre Gasværk Teater, with Mahabharata and with Carmen, and now you are back I Copenhagen, 90 years of age, to receive the Wilhelm Hansen Prize which I have the privilege to motivate. Thank you for being with us today!

The Wilhelm Hansen Foundation works with Dance, Music and Theatre, and when I first called you on the telephone to announce the reward, you said that, to you, dance, music and theatre are all part of the same world, the same thing, the same idea. Your conception of what is going on on a stage is not less universal or inclusive than your conception of the stage itself: “I can take any empty space and call it a bare stage”, you say in the famous and very shakespearian first words of your essay on The deadly theatre: “A man walks across this empty space whilst someone else is watching him, and this is all that is needed for an act of theatre to be engaged”.

There is relief in this kind of definitive sentences who remind me of John Ruskin in The Stones of Venice: “Now listen, the Greeks invented the column, the Romans invented the arch – this is all you need to know about architecture”.

Well, there is in fact more to know about architecture, spaces – empty or not – and theatre. You have shown it, you have told it. One of the many enrichening paradoxes of the Peter Brook phenomenon is that this director, who more than any other man of theatre has challenged the old habbits of theatre understood as literature, that this director has written so much. I have read your books in French, and here comes another paradox: your are a British frechman and a French Englishman, your Latvian-jewish family background has been in your luggage from London to Paris to New York, Persepolis, Kaboul. You are the Universal man.

Towards the end of the book which in French is called ‘Oublier le temps’ and in English ‘Threads of time’ there is a wonderful paragraph in which you, as a man of theatre, express a disagreement with the anthropologist who understand gestures and costumes as expressions of different cultural systems. Muslims greet each other with a hand on the heart, hindous put their hands together, some touch the ground, others shake hands. For you, as a man of theatre, it is all the same, a basic human quality to be found behind every gesture. Or not to be found: “Someone can walk into an African village and smile automatically, no one will be fooled. If there is hostility behind the smile, it will be understood right away”.

Dear Peter Brook, you have walked into our Danish village with a genuine smile, a greeting and a living theatre that has made us understand more of the possibilities, for better and for worse, that every man carries with him.

Thank you for accepting the Wilhelm Hansen Prize 2015.