The misery of the ageing white man, who once diligently studied philosophy, law, and medicine, and yet still finds himself waiting for “gods eller guld eller ære eller al verdens herlighed” to eventually make an appearance in his single lonesome life, is above all … not so much an existential tragedy in high verse, as a piece of absurd theatre, full of witty punchlines and one-liners. Supported by the contemporary flair of Jon Fosse’s 2011 prose reworking that follows Goethe’s 1808 original closely, the quick, laconic exchanges of the mid-life frustrated academic and his diabolic ally make them appear as quirky Beckettian apocalyptic couple. From the first minute of his production, director Staffan Valdemar Holm leaves no doubt though that their encounter sets in motion anything but a human, let alone divine comedy. With his usual designer Bente Lykke Møller, Holm puts Goethe’s quintessential German tragedy within the vast emptiness of a pitchblack stage with barely a glimpse of colour. The heaven that watches over this dark world is one where the match had been fixed before it even started. In the ‘Prolog i himlen’, we witness the meeting of Rafael and Gabriel (Joen Højerslev, Anne Sofie Wanstrup) as they command the elements. Along with their gamemaster Mephisto, this couple animates the hellish matrix in which the all too human Faust is not the first nor the last to destroy himself and his cherished treasures in his (masculine pronouns intended) desire for delight. The couple will return again and again, embodying all the characters in this closed cosmos of evil, from Faust’s student to Frau Marthe and Gretchen’s brother Valentin. They play the world around Faust like the big black ball they roll and toss across the stage, the only prop within Møller’s grim universe of futile nothingness.

Delightful play in Black and White

The tragedy of Doctor Faustus not only entertains these dark forces, but certainly also the audience in Teater Republique. Goethe’s erudite classic poetry is not only complemented by a good dose of dark humour, but also by a central slapstick couple in Black and White that matches Stan and Ollie. With his white-face mask and black eye-make up, Søren Sætter-Lassen’s Mephisto revives famous film iconographies of this very special character, most notably Emil Jannings’s portrayal in Murnau’s legendary 1926 silent movie, and Gustav Gründgens’s German Wirtschaftswunder-Teufel. As his Danish Mephisto enters the pact with Olaf Johannessen’s Faust, the light switches, for the first time, from ice cold to a warm and earthly quality. To enter the world beyond Faust’s secluded study, the pair watch in fact silent movie footage where their 1926 film alter egos fly through the air, accompanied by a quirky piano ragtime tune as in those early cinema days. But where in Murnau’s days, the film screen could still evoke a novel, vivid visuality to create a fantastic other world, in 2020 we live in an over-mediated culture saturated with images that have long drowned any stir of imagination. Holm’s all black cosmos therefore becomes beyond its interpretative symbolism also a choice to avoid any theatrical illustration and stage realism. Instead, his theatre is cleared once more for pure theatral play, more akin to Christopher Marlowe’s Elizabethan Globe than Goethe’s Weimar court stage.

No need to say that Sætter-Lassen and Johannessen fully embrace this invitation to play the scene rather than just ‘act’ the drama. They present their characters through clockwork corporeality, precisely tuned gestures, they bend their bodies into symbolic figurations, and show detailed mimic expressions on their white faces that on the dark, precisely lit stage can be seen even from rear seats. Each gets his own big showpiece moment: The first glimpse we get of Sætter-Lassen is as Goethe’s proverbial poodle. As Faust just drugged himself to hear some angelic music playing from the sky, doggy Mephisto turns around the corner, panting, howling and whining along the music. A hilariously overplayed portrayal, rich in gestures, delightful to watch – perhaps the most memorable human stage dog since Martin Wuttke’s Arturo Ui in the prologue to Heiner Müller’s production. Johannessen’s turn comes, once the spirits enchant his Faust at the Walpurgisnacht: The scene starts with DJ Mephisto presiding over hallucinations that only play out in Faust’s mind, stimulated by Wanstrup and Højerslev’s singing that ranges from a crazy rap of the magic verses to aphrodisiac Alpine jodeling. Eventually, Faust gets entranced in ecstatic rapture, which is here, quite consequentially, the lonesome frenzy of a disco-dancer. Over many minutes, he works himself through the repertoire of well-known party-singalong tunes, now played from tape, carefully curated and intercut so their texts meaningfully resonate with the unfolding tragedy. Mephisto meanwhile observes this private dancer, sits down on the side, waits, gets bored, starts to clip his fingernails, puts on his own headphones. The visceral rhythm of these central actors’ delightful choreography is staged by Holm in consistently precise geometric formations across the stage space, using the width and sides while keeping the principal focus on the central circle at the front of the stage. The spatial clarity is further supported by Clement Irbil’s as effective as efficient light design.

Then comes Gretchen, in her costume as well as her soul the only light in this world of corrupted male darkness. Casting theatrical newcomer Siw Ulrikke Maibom, Holm went full on for the Lolita option. Her first entrance is promising: Maibom delivers Goethe’s König von Thule song with the resolute self-confidence of a teenager singing to her Spotify favourite. Then she finds the box with the necklace to another monologue in this production delivered with fine attention and an ear for a prosodic melody that supports characterisation without reverting to emoting or psychology. Gretchen’s innocent naivety thus initially comes across without kitsch or cliché. Unfortunately, though, Holm and Maibom did not manage to stay consistent in exploiting the potential which the highlighted age-gap and illicit affair have acquired in our present days, in fact the very day yet another politician and a TV-presenter have made more headlines in this matter. As Faust places his hand on Gretchen’s lap, the seduction is released in a corporeal image, with Faust wrapped around Gretchen’s feet. Yet once she returns as pregnant single mother, this Gretchen, too, becomes the male projection of the fallen innocent angel, victimised, with cries, tears and lament that won’t fail to stir Faust’s pity. One finds surprisingly little resonance of the powerful expressions of victims that had come into the public in the recent years of the MeToo debate. In an age when teenage girls show more sense and intelligence than presidents of erstwhile leading nations, this eventually unresolved direction of the Gretchen role was the evening’s big disappointment. Holm helps himself out by diverting attention towards stage effects at the fringes of Faust and Gretchen’s moments (which conspicuously were performed at the side of the stage, not in the usual central arena position): so we see the vivacious Frau Marthe-Gabriel in bed with Mephisto at the back of the stage, somewhat upstaging Faust’s illicit sex. Later, Mephisto’s mise en scène of Faust’s deadly fight with Gretchen’s brother Valentin – of course, once more, Højerslev’s Raphael – easily wipes out serious consideration of Gretchen’s plight, when Mephisto sets alight killed Valentin’s body. In these moments, the lack of a – compared to the central devil’s dance between Faust and Mephisto – similarly consistently crafted and thoroughly mined stance on the Faust-Gretchen relationship became only too evident. Such greater complexity would also have lifted the final pointe into the truly tragic: In the concluding prison scene, as Gretchen rebuffs Faust’s call to come with him and choses the piety of God in heaven, Holm delivers the ultimate twist of his interpretative take. The moment Mephisto leads Faust off stage and Gretchen turns towards the heavenly light to solemn music – it distorts into the painfully distorted noise of death metal. And black. It took the audience an uncannily long time before they started clapping, as if they waited for some resolution: surly, he cannot have such a dystopian outlook? Holm did.

Where Goethe penned a prologue on the theatre for his tragedy, in his reading this absurd theatre is merely the prologue for the contemporary mess of our world. This production functioned as a symbolic cipher, which afforded the virtuosic literary tragedy a pertinent current resonance. The parameters – the decluttered, non-illusionist stage, the carefully and vividly delivered lines, the performance in a converted industrial hall – were reminiscent of Patrice Chéreau’s thrilling reclaiming of Phèdre back in 2002. All the more a great pity that Holm did not find the space to counterbalance the singularly dominant Faust-Mephisto relation with an equally substantive exploration of Gretchen’s role within this configuration. In the end, we therefore only saw, yet again, man seduced by evil, suggesting there had been no choice. An all too easy escape from accepting responsibility – the alternative option one could also see in Gretchen, if her character was taken seriously and by her word. Nevertheless, Holm’s crisp, quick-paced production propelled marvellously playful performances from all actors, whose jocular energy befitted a story that long prior to Goethe had been told by the comedians on medieval marketplaces. Despite the reservations, his approach, interpretation and ensemble of performers made me wish that this team would now go on to Faust II, as some 15 years ago Michael Thalheimer did following his seminal Faust I at Berlin, which was an ultimately far more theatrical and cerebral event compared to Holm’s frisky, appealingly sensuous take. 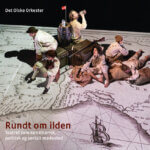 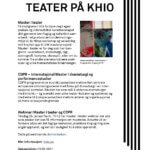 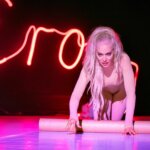 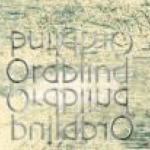 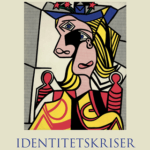